How the need for chalk became the start of a charity.

For most people who go on a safari with Somak Luxury Travel it’s a ‘Once in a Lifetime Experience.’ Some, however, catch the safari bug and want to visit other safari destinations. It is extremely rare for people to visit the same place again and again, unless of course they have a special reason. Richard Long is one of these people, as he has been to Kenya at least 39 times since 2003. The reason for his frequent returns to Kenya is the Mara Rianda primary school, located at the northern end of the Masai Mara, close to Governors’ Camp. 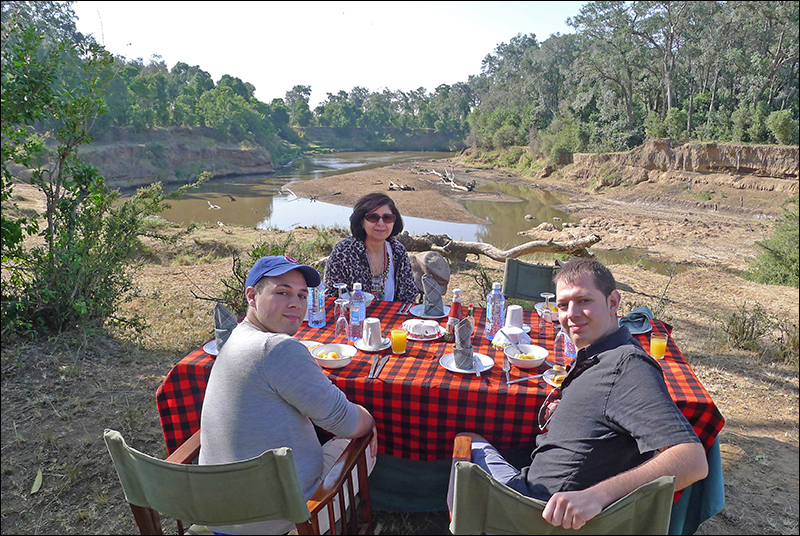 Here is how it all started…
During his first ever safari in 2001, which was organised by Somak Luxury Travel, Richard and his family stayed in different Serena Lodges, renowned for their high level of hospitality, service and attention to detail. They visited Amboseli NP in Kenya, and at the end of their African safari, stayed at a luxury beach resort in Mombasa. Although they all had an amazing and unforgettable time, his wife Pola commented that she didn’t want to return to Kenya unless there was a purpose. She recognised that the need in Kenya was very great and that she didn’t want to return unless she could help in some way.

That time came two years later, when in March 2003, Richard – who is also a keen wildlife and nature photographer – returned to Kenya on his own for a 5-day trip and this time visited the Masai Mara NP. He had heard that the wildlife there was exceptional. Like most photographers he preferred to go on safari on his own, so he could have all the time in the world to photograph the wildlife.

On his last night, whilst sitting around the campfire, George Murray, the manager at Little Governors’ Camp, where he was staying, asked if he had been to the local primary school at Mara Rianda. He hadn’t, so it happened that the next day Richard was taken to the school before he was due to leave for the UK later that day. Little did he know that the school visit would not only change his life, but also the lives of many children and people in the Mara. 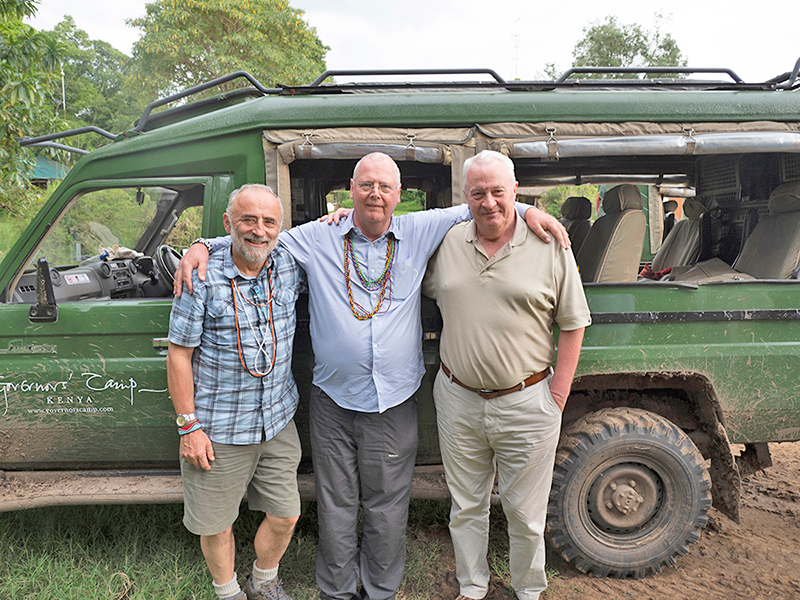 Chalk would be a miracle!
These were the first words the head teacher of the Mara Rianda primary school Richard visited requested, when he was asked what he needed. But he needed more miracles – the school was in dire need of an endless list of teaching materials.

The words “Chalk would be a miracle”, made such an impact on Richard, that as soon as he got home, he shared his story with his friend Nigel Hollingsworth, who promptly gave him £25 to buy the chalk for the school, a place he had been to once for less than an hour and 4000 miles away. But he also gave Richard, who was an insolvency practitioner with a huge network of contacts, the valuable advice to write to some of his business contacts (lawyers, accountants), family and friends and tell them of the school’s needs. To their surprise the donations came flooding in and in no time, they received £8,000.

Six months later Richard was back on the plane again, this time accompanied by his son, with lots of pens donated by his children’s fellow pupils for the school. He had already been in touch with suppliers in Nairobi for the main items and Governors’ agreed that they would ship all the equipment for free, from Nairobi to the Mara. 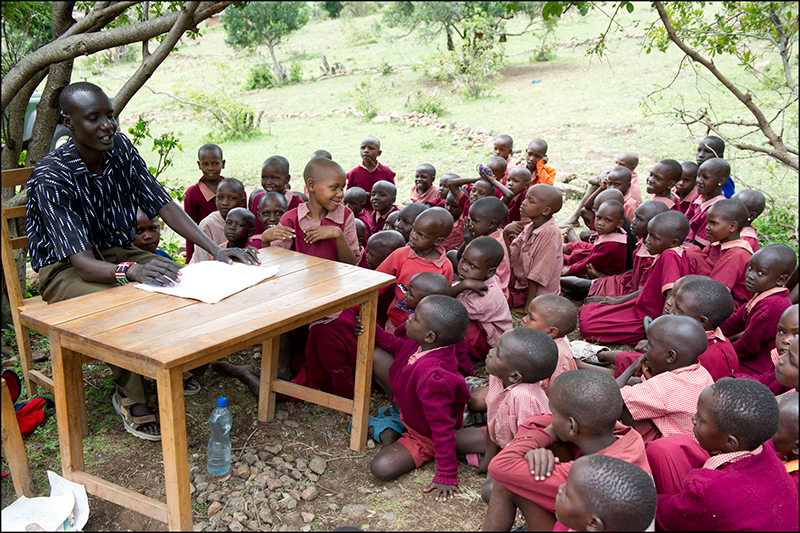 Mara Rianda Charitable Trust
Together with Nigel Hollingsworth (an old friend and chartered building surveyor) and Colin Bird (a fellow insolvency practitioner and the then worldwide head of insolvency for PWC), they decided to form the charity The Mara Rianda Charitable Trust, to help out the school and the local community. The three of them are the directors and trustees and make it quite clear that they work without any remuneration or salary and that all the donations they receive are used to support the schools and the local community.

Nigel didn’t visit Kenya until 2013. He had told Richard that until there was something practical that needed doing, he would not go. In 2013, when the medical centre was being built, he finally went, as the charity had promised the donor that they would go and check quality of the work.

He added: “It’s difficult to explain this in a few words, but it’s amazing to see how much respect people, especially children, have for Richard in the Mara Rianda area. It’s a strange thing to experience driving through the wilds of the Masai Mara area, close to Mara Rianda and pass children walking to school or out looking after their sheep. When they see the green Governors’ camp vehicle and recognise him, they call out “Richard Long.” They may know little English, but they can say and know Richard Long!”

Partnerships
In order to make sure that the funds end up in the right hands and in the right place, the charity needed trustworthy partners. Governors’ Camp, who first introduced Richard to the Mara Rianda primary school, was the first to come on board. Other than the free shipments of school and medical supplies, they also appointed two Community Officers (local men) from their own staff, who give regular updates on the projects but also frequently meet up with the schools, students and community and report back to the Trustees.

Deloitte run the charities’ Kenyan Bank account. In the late seventies Richard did his insolvency training with a friend who, upon qualifying, returned to Kenya and joined Deloitte. Richard added: “When I got in touch with him again after nearly 20 years, he kindly agreed that Deloitte would operate the local Kenyan bank account for us without any charge and make local payments as requested by us. Without the amazing support from Governors’ and Deloitte the charity could not run.” 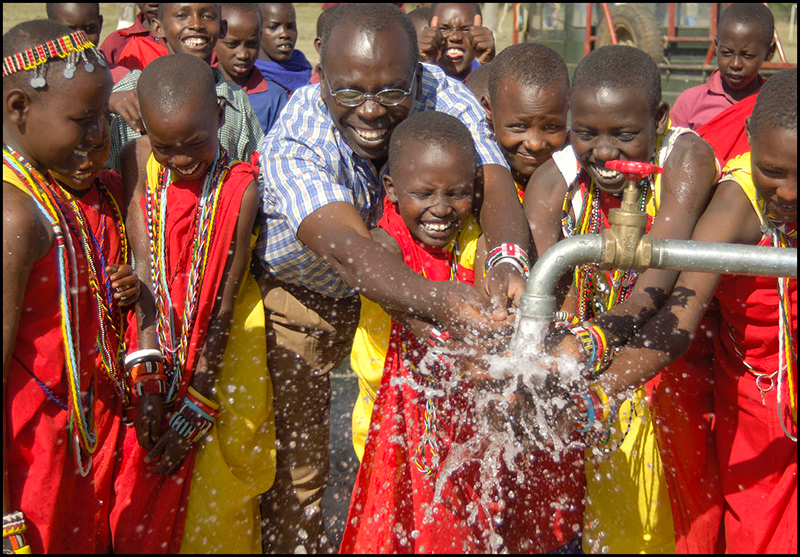 Lawrence, the headteacher, with children and clean water

Projects
With the money the charity collected, they don’t pass the funds directly to schools, but instead buy the equipment they need in Kenya, which puts funds back into the local economy and fund the builders directly. For over nine years they’ve worked with the same trustworthy contractor who speaks good English and who buys the materials locally wherever possible and uses local people to help in the construction work.

Each project has an agreed budget and the whole process is being monitored on the ground by Governors’ Camp. Nigel oversees the building projects, making sure that what is being built is not only structurally correct, but that the Charity gets what they are paying for, and shortcuts are not being taken in the construction process. In addition, where possible he tries to ensure the buildings have limited maintenance requirements.

Somak’s CSR commitment
At Somak Luxury Travel we do more than just organise holidays. As a socially responsible company we also want to raise awareness as to how we can enrich and nourish the economies, environment and local communities in our destinations.

Our approach is to support ad hoc initiatives like Amref Health Africa, one of the leading health development agencies on the African continent. We include a complimentary Amref Flying Doctors ‘Maisha’ Air Ambulance cover with every Somak holiday to East Africa. For every passenger that travels with us, we contribute $5 to Amref Health Africa. When this cover is not needed, we will donate the full value towards this inspiring organisation.

We also support the Loigero Primary School, located close to the entry gate of the Masai Mara. Its founder, Jacob Nkumum started teaching a small group of boys from the local Masai community of Talek, under an acacia tree. Thanks to the support and donations of local and international businesses, international charities and tourists, the school has thrived and is now able to offer a meal for every pupil. The next phase is to build a dormitory so that pupils from neighbouring communities can also attend the school.

More recently Somak Luxury Travel has gone into a long-term partnership with another charity. Due to a mutual contact – the Governors’ Family – we came across The Mara Rianda Charitable Trust and decided to support this charitable organisation. For each package holiday booked through Somak Luxury Travel taken in Kenya, we will contribute £20 per person towards Mara Rianda and its good causes. If you wish to help the charity directly and want to know where the contributions go to, then you can visit their website for more information: The Mara Rianda Charitable Trust.