As one of Africa’s smallest countries, it is surprising that Uganda is home to some of its most sought-after sights. The mountain gorilla, chimpanzee, and the River Nile are all found in Uganda’s breathtaking rainforests, gorges and savannahs.

Bwindi National Park is home to 350 mountain gorillas, living throughout its dense forest. Trekking through the verdant undergrowth, it is possible to see these endangered animals in their natural habitat. Seeing a shy, seven-foot silverback gorilla and his children playing in the branches above has to be one of Africa’s greatest experiences.

Nicknamed ‘Valley of the Apes’, Queen Elizabeth National Park is home to even more primates, while the Kyambura Gorge is rich with birds and wildlife, including primates.

The larger mammals are more easily spotted in Uganda’s largest national park, Murchison Falls. Carved by the River Nile, its waterfalls are the centrepiece of the Rift Valley rocks and lush, deep green landscape. Roaming the park are four of the ‘Big Five’ – buffaloes, leopards, elephants and lions – while crocodiles and the rare shoebill stalk can be seen in the Nile.

For even the most intrepid explorers, Uganda has plenty of experiences to be had that will leave you lost for words, so it’s no wonder Winston Churchill declared it ‘the Pearl of Africa.’ 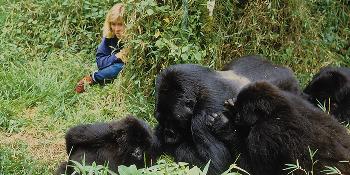 ALL IN ONE UGANDA 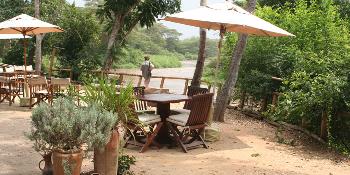 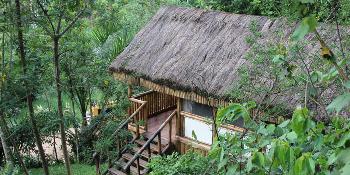 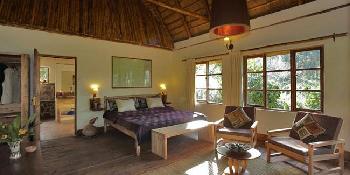 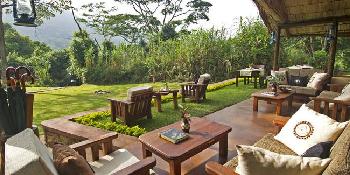 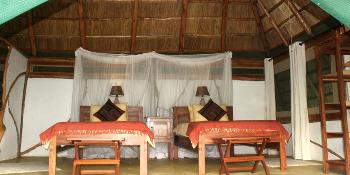