Whilst Rwanda is one of the smallest countries on the African mainland, it shouldn’t be underestimated. With volcanoes and rivers, rare wildlife, and a temperate tropical climate, there are plenty of adventures to be had amidst Rwanda’s natural beauty.

The bamboo forest of Parc National de Volcans has become a haven for Rwanda’s biggest draw – gorillas. Over half of the world’s mountain gorilla’s live in the Parc, surrounded by five dormant volcanoes, and it was the base of the eminent anthropologist, Dian Fossey’s, work, which was immortalised in Gorillas in the Mist. It is the experience of a lifetime for wildlife enthusiasts to follow in Fossey’s footsteps and trek amongst these graceful giants in their natural habitat.

Rwanda also boasts one of the best-preserved rainforests in Africa. Nyungwe Forest is home to several primates, including chimps and endangered golden monkeys, with their orange hue. The rainforest has towering canopies of mahogany and ebony, but for those who wish to venture a little higher, the park offers a number of canopy walks.

For those seeking an alpine adventure, a trek through Rwanda’s Virunga Volcano range will be ideal; consisting of eight volcanic peaks (two of which remain active) this hardy climb yields unparalleled views over the natural beauty of Rwanda. 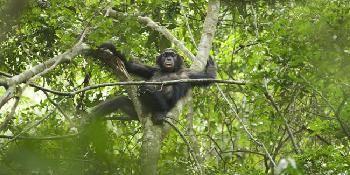 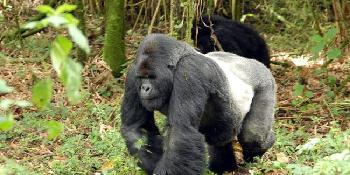 GORILLAS IN THE WILD 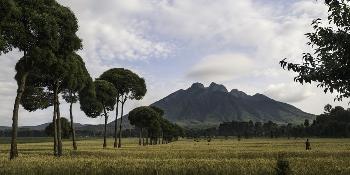 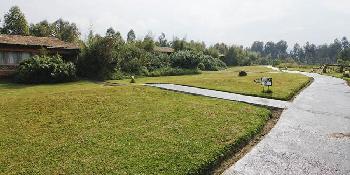