Highlights of Agra and Jaipur

There are many things to do in the vibrant city of Agra. The most popular reason visit is to see the majestic Taj Mahal. 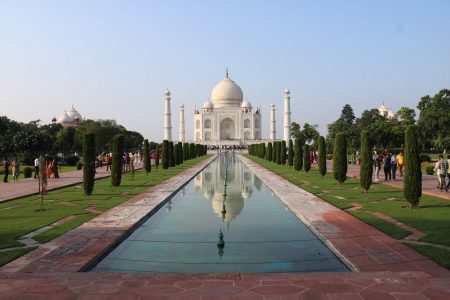 Rudyard Kipling described The Taj Mahal as ‘the embodiment of all things pure,’ whilst its creator, Emperor Shah Jahan, said it made ‘the sun and the moon shed tears from their eyes’. It is one of the most beautiful buildings in the world as well as a World Heritage Site.

The Taj Mahal was built by Shah Jahan as a memorial for his third wife, Mumtaz Mahal, who sadly died after giving birth to their 14th child in 1631. Her death left the emperor heartbroken, and construction of the Taj Mahal began the following year and was completed in 1653. 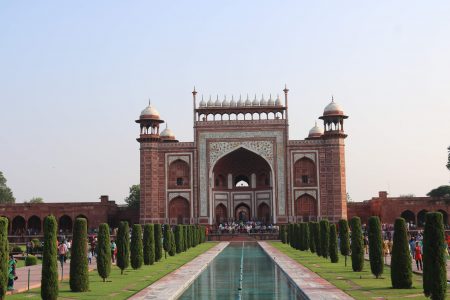 After it was completed, Shah Jahan was overthrown by his son Aurangzeb and imprisoned in Agra Fort, where he could only see it through a window. Following his death in 1666, Shah Jahan was buried here alongside Mumtaz.

The best time to visit is either at sunrise or sunset. Please note that The Taj Mahal is closed on Fridays. 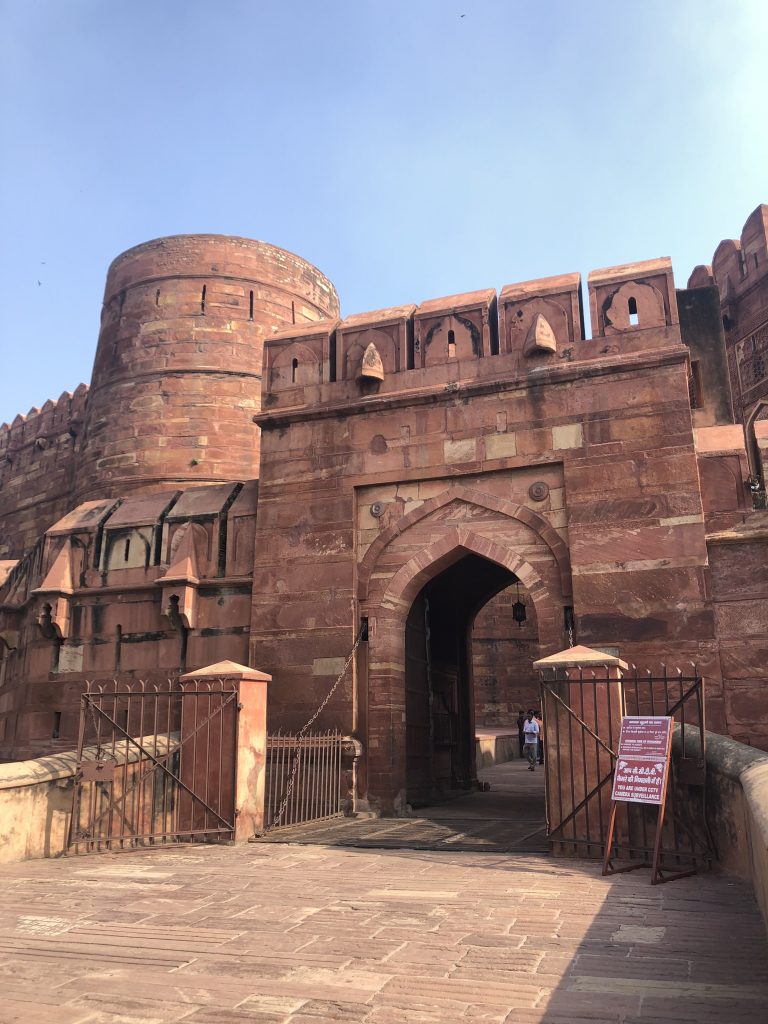 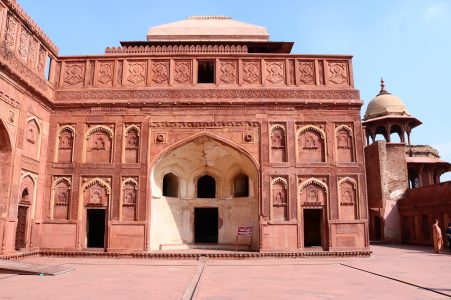 The Agra Fort is one of the finest Mughal forts in India. Originally the fort was built as a military structure, but Emperor Shah Jahan transformed it into a palace, which later became his prison for eight years after his son Aurangzeb seized power in 1658. 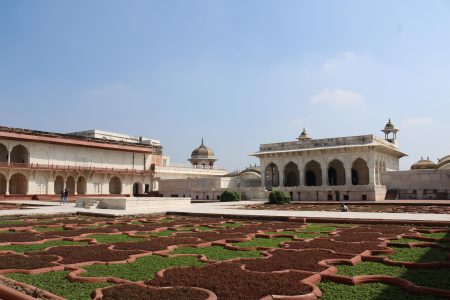 There are a lot of interesting attractions to see as you walk amongst the grounds of the fort and it is definitely a must see alongside seeing the Taj Mahal. There are a number of exquisite buildings like Moti Masjid – a white marble mosque akin to a perfect pearl. You can imagine how people lived within the walls of the Fort whilst taking a stroll in the gorgeous gardens.

Jaipur, known as the Pink City because of the pink walls and buildings of the old city, is a wonderful place with its stunning remnants of a bygone era. There are spectacular ancient palaces and forts, each with elaborate architecture to see, which are a stark reminder of their royal heritage. 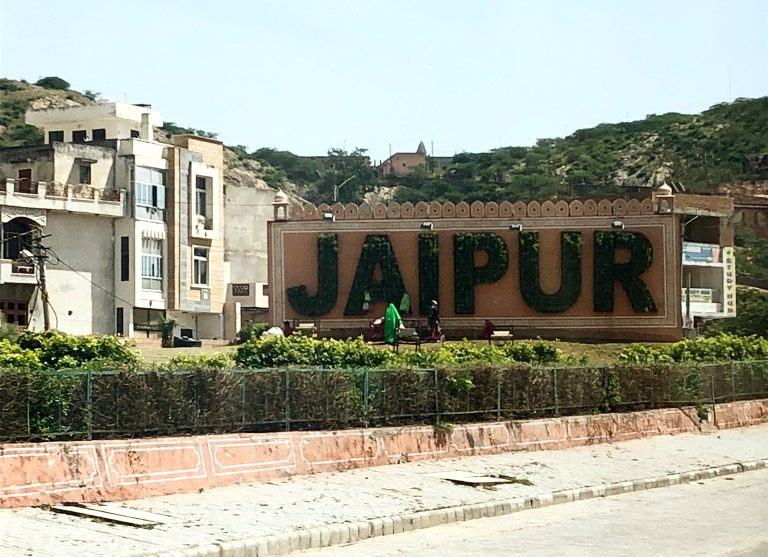 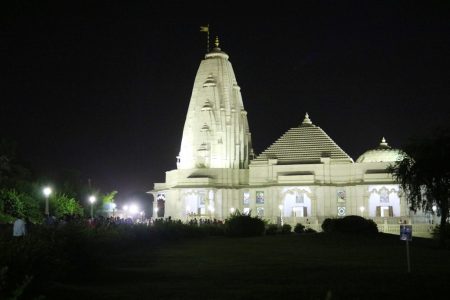 The Birla Mandir is a very famous beautiful temple built of marble which is visited by thousands of devotees every day. A visit during the early evening is recommended to have a look at the stunning temple as well as attend the Arti Ceremony, which involves oil lamps being lit and waved, in order to awake and invoke the deity.

The Amber Fort, built in 1592, also known as Amer Fort, is a classic romantic Rajasthani fort palace, that has a fairytale feel, and is one of the most popular forts in Rajasthan. Here you can see the amalgamation of Indian and Mughal styles of architecture.

It overlooks Lake Maota and has a plethora of stairways, courtyards, gateways, gardens and balconies in its premises, all adorned with intricate colourful designs for you to marvel at. 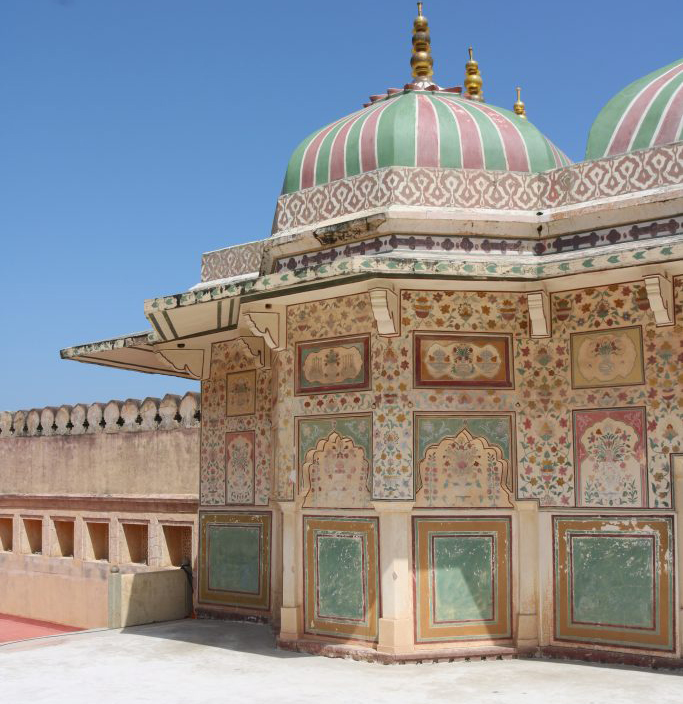 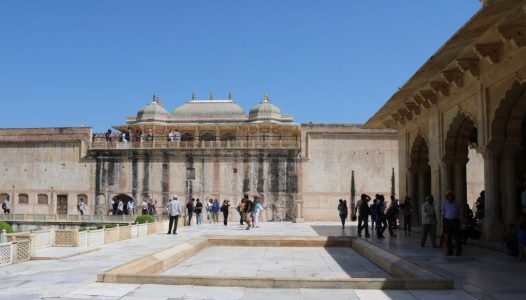 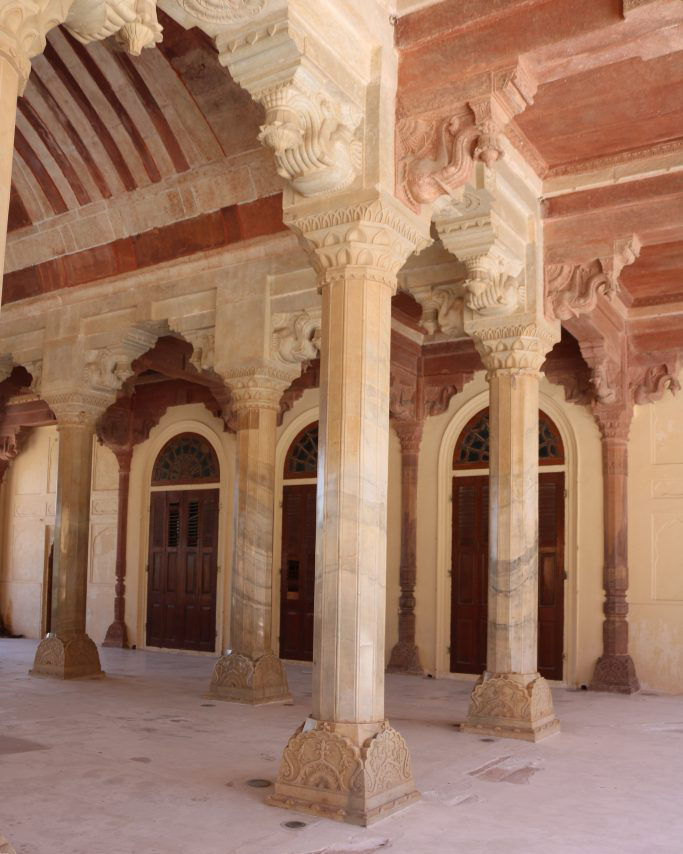 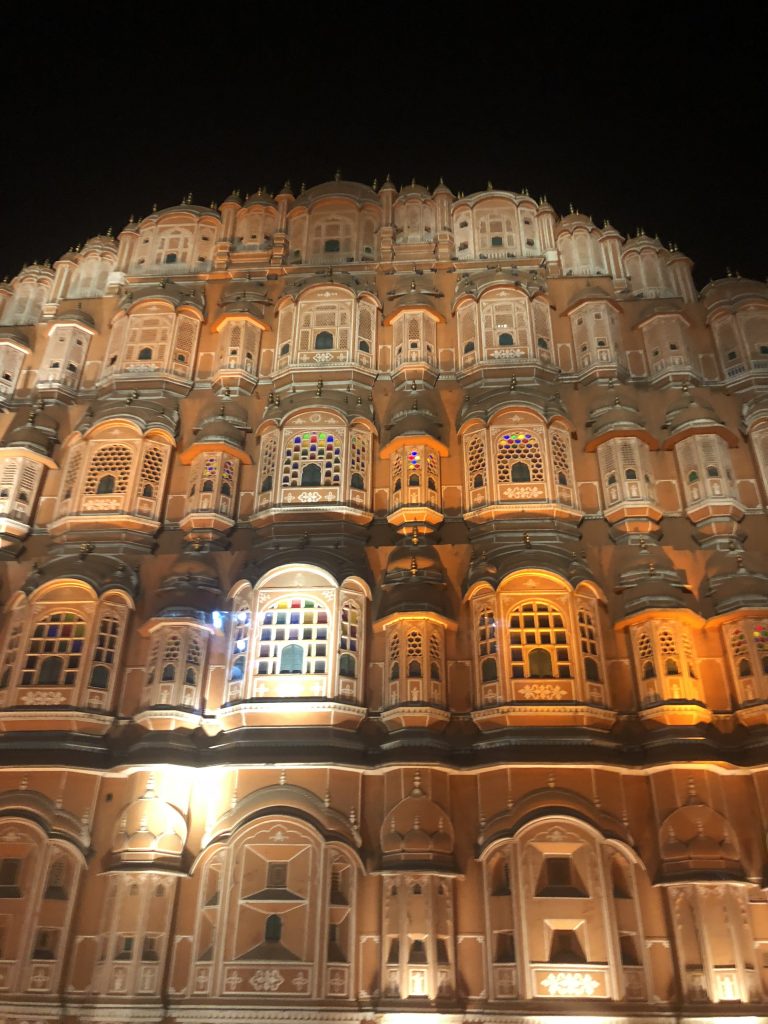 The intricate and fascinating facade of the Palace of the Winds is probably Jaipur’s most recognized building. It was built in 1799, and it has five floors that contain rows of small windows and screens. It inherited its name as wind used to flow through the openings.

It is thought that the palace was originally built for the women of the royal household to watch the streets below without being observed.

Jantar Mantar means “calculation instrument” and is the largest and the best preserved of the five observatories built by Jai Singh II in different parts of the country. This observatory consisting of outsized astronomical instruments is still in use for measuring time, predicting eclipses, and tracking stars. The most impressive one is the huge Samrat Yantra sundial. At a height of 90 feet (27 metres), it has a shadow that moves roughly the width of a person’s hand every minute.

The City Palace is a delightful blend of Mughal and traditional Rajasthani architecture and sprawls over one-seventh of the area in the walled city. It houses the Chandra Mahal, Shri Govind Dev Temple and the City Palace Museum.

The royal family still lives there, in the graceful Chandra Mahal. Inside the City Palace complex you will find a museum, art gallery, and interesting displays of royal costumes and old Indian weapons. 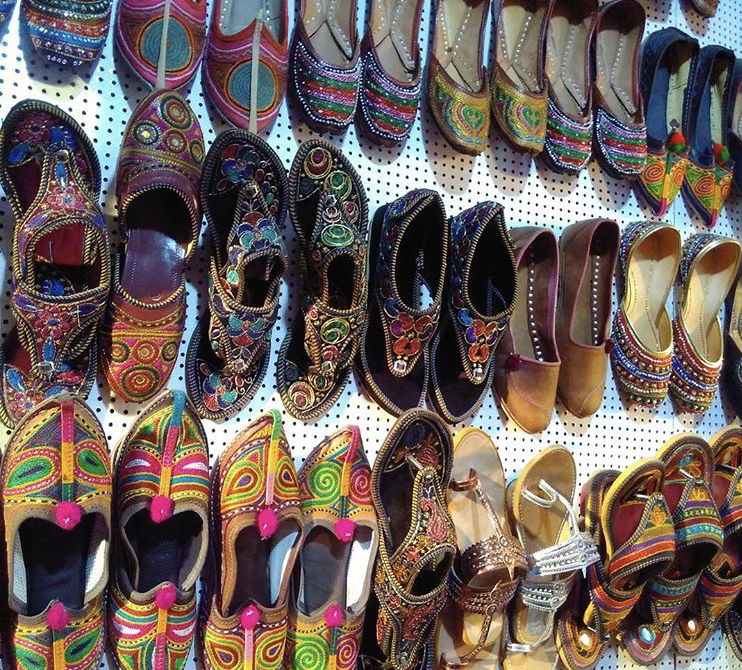 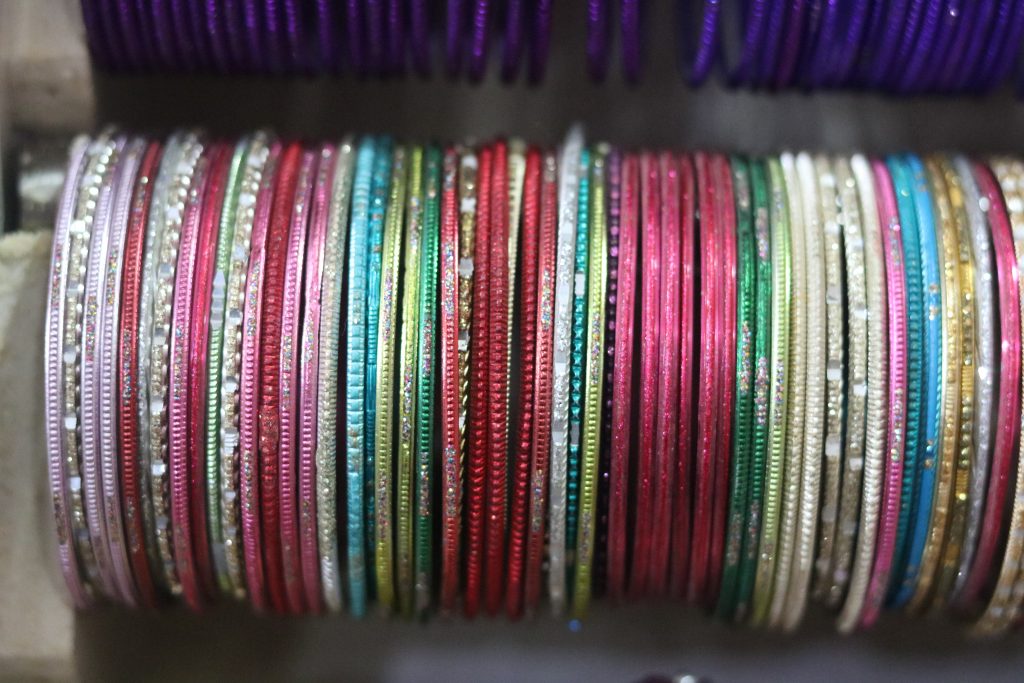 We recommend Bapu Bazaar as is it is not just a great place to shop, but also makes for a good walk. The pink rustic buildings on both sides of the road give you the true essence of Jaipur.

A cooking demonstration at Ikaki Niwas

A cooking demonstration at Ikaki Niwas, a fabulous homestay in Jaipur is highly recommended, where you can learn how to make a traditional Rajasthani meal. This is followed by a sumptuous dinner and a chance to mingle with the friendly family that run the homestay.

Inspired to visit Agra and Jaipur and experience Incredible India? For the perfect introduction to the wonders of north India, our ‘Golden Triangle’ itinerary covers the three cities of Delhi, Jaipur and Agra and gives a fantastic snapshot of the colours and spectacles of this land of wonders.

Alternatively, our 11-night Classical India tour takes you on a journey to see all the highlights of northern India, as featured in The Golden Triangle tour, as well as to the fabulous Ranthambore National Park in search of tigers.

Your last port of call is Varanasi, regarded as the spiritual capital of India. The city draws pilgrims who bathe in the River Ganges’ sacred waters and perform funeral rites. Along its winding streets are some 2,000 temples, including Kashi Vishwanath, the ‘Golden Temple,’ dedicated to the Hindu God Shiva.

For more details on our itineraries or to discuss a bespoke itinerary call Simply India Holidays by Somak on 0208 423 3000 or email india@somak.co.uk and we will be delighted to help you plan your  trip to Incredible India.