To see Indian culture at its best and for a truly unforgettable experience, why not plan a trip to Incredible India during one of the many fabulous and distinct festivals that are held throughout the year. They are a fantastic time to visit as each festival has a colourful story and various rituals attached to them. Here’s more information and key dates for a few of the most famous ones, so that you can plan a trip to India around one of the many amazing festivals. 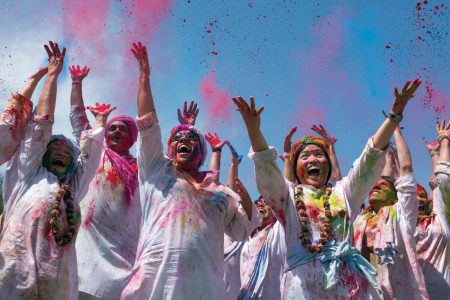 This tradition of throwing coloured powder and water all over each other whilst dancing and hugging in the street stems from an association with Lord Krishna who apparently liked to play pranks on the village girls by drenching them in water and colours.

Lord Ganesha, the elephant headed god, is one of the most easily recognisable and most popular Hindu gods and this 11-day Ganesh Chaturthi festival honours his birth. At the start of the festival, huge statues of Ganesh are installed in people’s homes and public places, and are each decorated beautifully.

The statues are worshipped daily for the duration of the festival, then on the last day they’re paraded through the streets, accompanied by lots of singing and dancing, and then they are submerged in the ocean.

Dussehra, Durga Puja and Navaratri are all separate but very closely linked festivals that are celebrated slightly differently in different regions of India. Navaratri is a 9-day festival that honours the mother goddess Durga. The tenth day, which is called Dussehra, celebrates the defeat of the demon king Ravan by Lord Ram and the monkey god Hanuman. It also coincides with Durga’s victory over the evil buffalo demon Mahishasura. In eastern India, the festival is observed as Durga Puja. In Kolkata it’s the biggest festival of the year and huge statues of the Goddess Durga are made and immersed in the river. 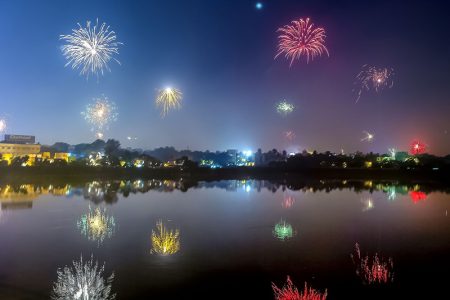 Diwali, the “Festival of Lights,” honours the victory of good over evil and brightness over darkness. It celebrates Lord Ram and his wife Sita returning to their kingdom of Ayodhya, following the defeat of Ravan and rescue of Sita on Dussehra. It is usually celebrated with fireworks and lots of small clay lamps, and candles are lit all over. It is a tradition to eat lots of sweets and savoury snacks and have huge feasts during Diwali. 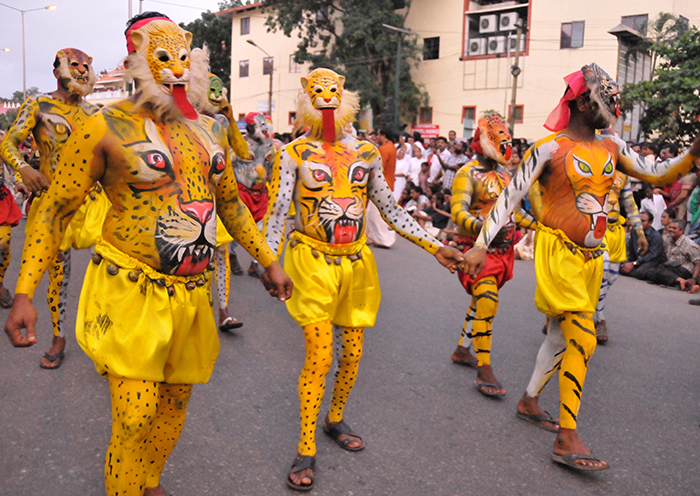 Onam is the biggest festival of the year in the south Indian state of Kerala. This lengthy harvest festival marks the homecoming of mythical King Mahabali, and it showcases the state’s culture and heritage. People decorate the entrance to their their houses with lots of pretty flowers arranged in beautiful patterns to welcome the king. The festival is also celebrated with new clothes, feasts served on banana leaves, dancing, sports, games, and snake boat races.

Krishna Janmashtami, also known as Govinda, is a celebration of the birth of Lord Krishna. One aspect of the festival sees people climbing on each other to form a human pyramid in order to reach and break open clay pots filled with curd, which have been strung up high from buildings. This activity, called dahi handi, falls on the second day. It’s best experienced in Mumbai. 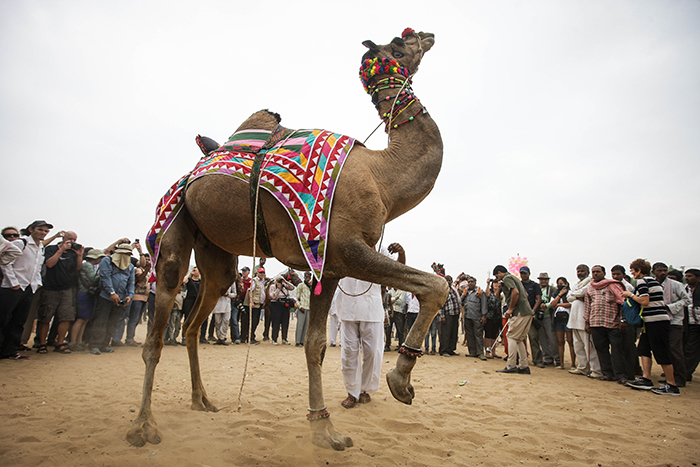 An amazing 30,000 camels converge on the tiny desert town of Pushkar, in Rajasthan for the annual Pushkar Camel Fair. For five days, the camels are dressed up, paraded, shaved, entered into beauty contests, raced, and traded. It’s a great old, traditional style Indian festival.

Inspired to visit Incredible India after reading about the various festivals? For the perfect introduction to the wonders of north India, our ‘Golden Triangle’ itinerary covers the three cities of Delhi, Jaipur and Agra and gives a fantastic snapshot of the colours and spectacles of this land of wonders.

Alternatively, our 11-night Classical India tour takes you on a journey to see all the highlights of northern India, as featured in The Golden Triangle tour, as well as to the fabulous Ranthambore National Park in search of tigers.

Your last port of call is Varanasi, regarded as the spiritual capital of India. The city draws pilgrims who bathe in the River Ganges’ sacred waters and perform funeral rites. Along its winding streets are some 2,000 temples, including Kashi Vishwanath, the ‘Golden Temple,’ dedicated to the Hindu God Shiva.

For more details on our itineraries or to discuss a bespoke itinerary, call Simply India Holidays by Somak on 0208 423 3000 or email india@somak.co.uk and we will be delighted to help you plan your trip to Incredible India.