Where to go in May - Somak Luxury Travel

Where to go in May 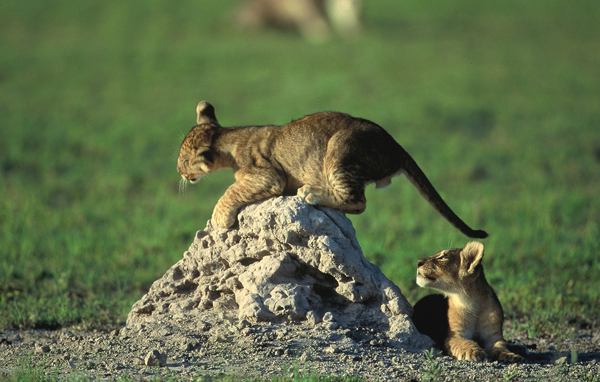 Deciding where to go in May, read on: If you’re heading to Africa in May you’ll be greeted by gorgeously green scenery in many countries. For many places it is coming to the end of the rainy season so it’s a great time to see the countryside in all its glory without getting too wet. There are lots of festivals and cultural celebrations and anyone in South Africa will love a sea safari to spot whales and dolphins.

Where to go in May

May is the last month of the long rains in Kenya. This wet season began in March so the country is now as lush and green as it gets. It looks beautiful but it makes wildlife spotting difficult, and many roads are inaccessible. There’s an average of 152 mm of rain in Nairobi where temperatures average 22°C. Rainfall is higher in Mombasa with a massive 330 mm and temperatures of 29°C.

May is the last month of the rainy season in Tanzania. There is around 254 mm of rain but you will notice it ease off towards the end of the month. Temperatures average 27°C and this can be a good time to visit Tanzania as there are fewer crowds and the scenery is beautiful. 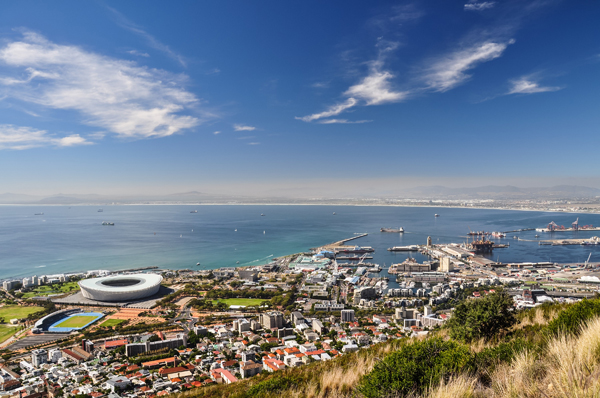 May is considered an excellent time to visit South Africa. Temperatures average 19°C and there is about 76 mm of rainfall through the month.

May marks the start of the dry winter season in Botswana and temperatures are beginning to drop. Mornings and evenings are cool at around 10°C but by midday it should be around 27°C. There is just 15 mm of rainfall all month and the skies are usually clear and blue.

May is often considered to be one of the best times of year to visit Zambia. It is the first of the dry months following very heavy rain from December until March and then light rain in April. The country is lush and green and it’s becoming easier to spot wildlife as the landscape begins to dry. Temperatures average 18°C and there is little to no rainfall. 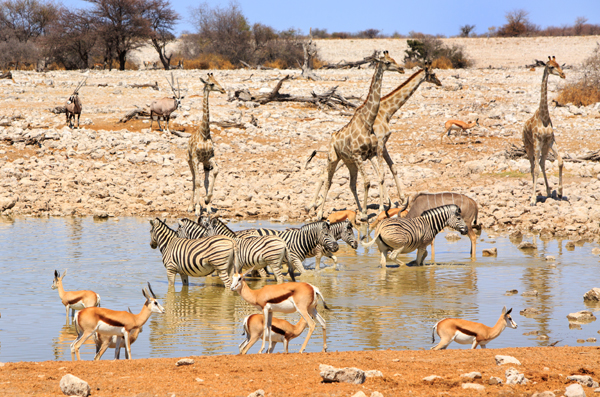 May marks the start of the peak season in Namibia as the rains come to an end and the dry season begins. There is just 51 mm of rain throughout the month, so it is unlikely you will see any during your trip. Temperatures average 22°C and you will enjoy beautiful scenery before the dry season really kicks in. 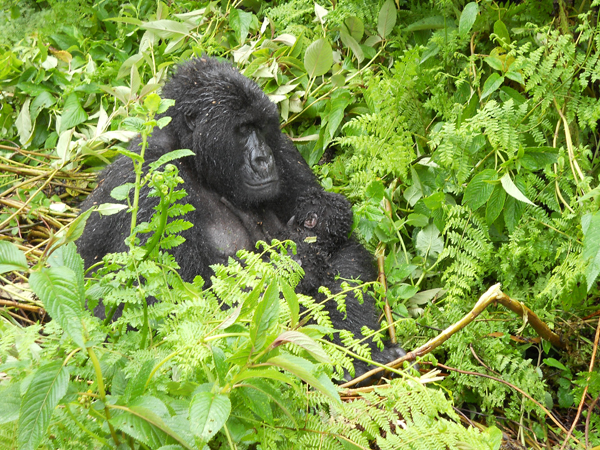 May is the third consecutive wet month in Uganda with an average rainfall of 260 mm. Some lodges and camps may be closed due to the high rainfall and gorilla tracking can be difficult. There is still plenty to see, and rates are often lower as it’s the quiet season. Temperatures average 21°C

It’s not uncommon to experience persistent rain in May in Rwanda. Around 120 mm of rain falls throughout the month and temperatures average 18°C.

May marks the start of the high season in Mozambique as the weather is at its finest. The dry season is just beginning and there is an average of 28 mm of rain. Temperatures average 21°C and most days are clear and sunny. 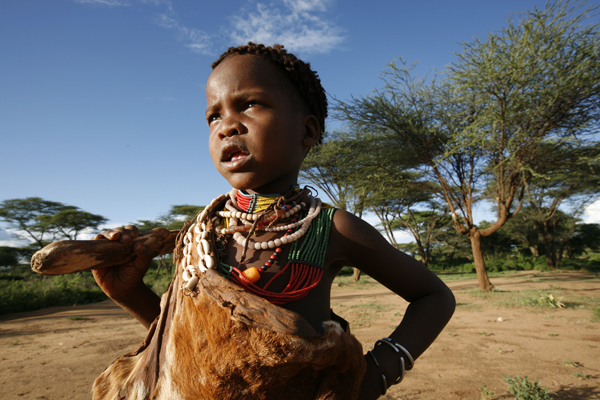 May is one of the wettest times of the year in southern Ethiopia but it remains moderate throughout the rest of the country. Rainfall varies between 35 mm and 75 mm depending on location. Temperatures are warm with an average of 25°C so humidity can also be high.

International Labour Day, all over Africa, May 1

May opens with one of the continent’s most important public holidays, International Labour Day, or International Workers’ Day as it is known in countries such as South Africa. The holiday is particularly meaningful in South Africa given its relationship with resistance to the Apartheid, with the day spent in solidarity for working people and recognition of human and worker rights. You can expect to witness numerous colourful and passionate parades and marches around the country.

A four-day event held in Cape Town celebrating all of the joys and prowess of the culinary world of South Africa. Lovers of food and wine will love the country’s premier food event. Celebrity chefs will grace the stages while speciality feature areas will reveal all there is to know about the art of wine. You can also find branches of the show held in Durban and Gauteng later in the year.

Held in Mozambique’s capital city, Maputo, the AZGO Festival is one of Africa’s youngest but most exciting music and cultural festivals. This festival showcases some of the finest musical acts from Mozambique and the rest of the continent. Everything from hip-hop and pop to jazz and orchestral performances will hit the stage of the two-day event, as well as some wonderful examples of the cultural identities of Southern Africa.

Deemed a celebration of African unity, specifically in regards to the African Union and the identity of the continent, Africa Day is one of the most important days in the history of numerous African nations. In Namibia the day is recognised as a public holiday, with the identity of the nation being the focal point of the celebrations.

May welcomes the beginning of the dry season in Namibia, and with that comes some fantastic wildlife-spotting opportunities for those venturing into the country’s arid parks. Etosha National Park is renowned as one of the finest locations in the south of the continent to spot the Big 5. As the rains dry up, countless animals will begin their hunt for water, undoubtedly congregating at water sources around the park and making for easy sightings.

The month of May witnesses mountain gorillas begin to venture to lower altitudes where they will feed on young bamboo shoots. April is traditionally the wettest month in Rwanda, and mountain gorilla tours are often deemed impossible due to adverse conditions. The movement of the gorillas during May makes for greater accessibility when spotting these majestic creatures. June sees some of the best and most sought-after gorilla-spotting windows, so you can enjoy a little more peace and quiet during the quieter month of May. 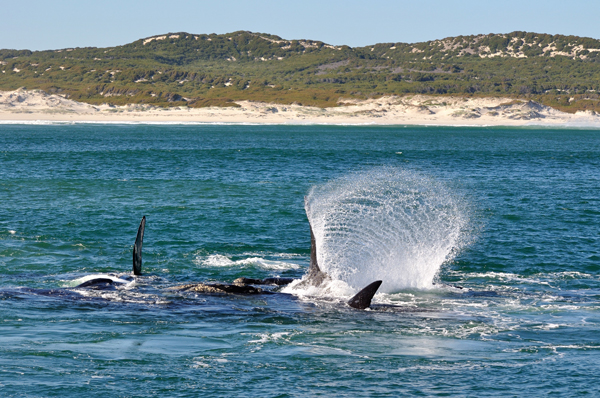 The whale-watching season kicks off in May, welcoming numerous species including humpback whales, southern right whales and several dolphins. Although most head to the Cape south coast slightly later on in the season, a visit in May will see you encounter fewer crowds as well as one of the primary windows for the arrival of humpback whales.