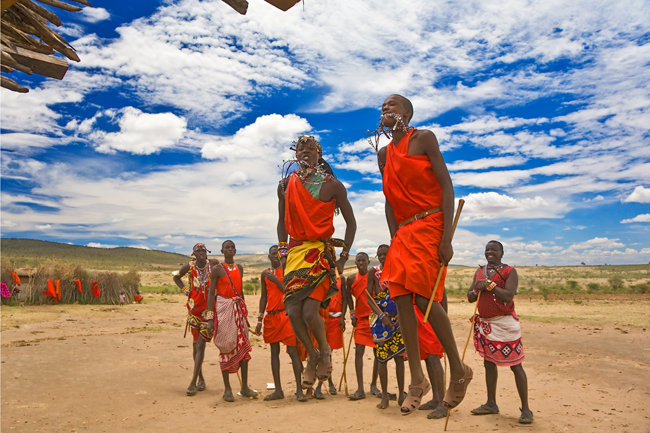 Going on safari in Africa can be so much more than just the incredible animals which you’ll see and the beautiful lodges that you’ll stay at. Africa is a stunningly diverse continent full of interesting people and unique cultures. If you travel with Somak for an adventure in Africa, you can enjoy our extensive local tribal knowledge and take the opportunity to immerse yourself in fascinating tribal practices.

The brightly coloured costumes and migrating customs of the Masai are what make them the most well-known tribe in the world. Originating from the lower Nile valley in northwest Kenya, the tribe migrated south during the 15th century, and although the rest of the world has moved on, not much has changed for the Masai. Traditionally, as semi-nomadic people, the Masai place huge value on their cattle. The number of cattle a man has, as well as the number of children he has, indicates his wealth within the tribe. Their society has always been strongly governed by men, with men being raised to be warriors and women holding motherly roles within the household.

The Masai have struggled to maintain their traditional pastoral lifestyle, however, numerous recent initiatives have allowed them to preserve their customs while balancing modern requirements, such as the educational needs of their children. A safari holiday in Kenya is not complete without meeting the fascinating Masai tribesmen and women who live on many game reserves in the country. 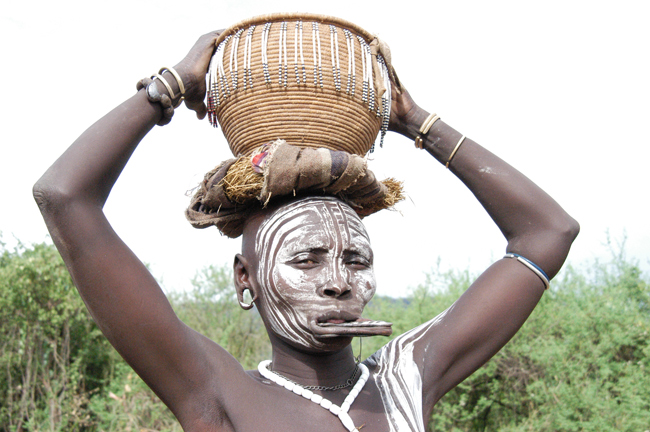 With large plates worn in their lower lip, the women of the Mursi tribe in Ethiopia are easily recognisable. Living in the southwest corner of Ethiopia, just north of the Kenyan border in the valley of the River Omo, the Mursi tribe are still very much connected with the traditional practices of their ancestors. Single or newly married women usually wear the lip plates, which are made from wood or clay, during four main occasions: when serving food to men, at special events (like weddings), at donga duelling competitions, and at dances.

Young Mursi men prove their strength and bravery during ceremonial donga duels. Contenders wear a duelling kit, known as umoga, which includes shin guards made from animal skin, a leopard skin draped over the torso, and a cattle bell tied around their waist. Using two metre long wooden poles, the two men duel until one retires or is knocked out of the fight. For the chance to visit the Mursi tribe, to witness them competing in a donga duel, and to see the impressive lip plates, make a holiday in Ethiopia your top priority. 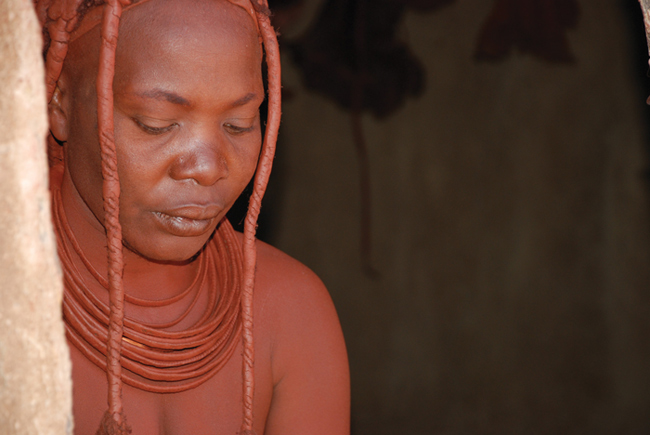 The plains of northern Namibia are home to the Himba tribe, a semi-nomadic, pastoral people who, due to their secluded lifestyle, have preserved much of their customs. Within their community, the women carry out most of the labour-intensive tasks, such as taking care of the children, carrying water, building homes, and milking cows, while the men attend to the legal and political matters.

In 1996, the Namibian government allowed the Himba tribe to manage their lands as registered conservancies. This has helped them to profit from the increased tourism in the area and has given them control of the future of their communities. Visiting the Himba tribe during a holiday in Namibia is a must if you’re interested in learning more about such a unique culture.

Visit these tribes
If you’re curious to learn more about these tribes by meeting them in person, call Somak today on 020 8423 3000. You can speak to one of our safari experts who can help you to plan your ideal African adventure.