The best way to explore the South Africa Winelands 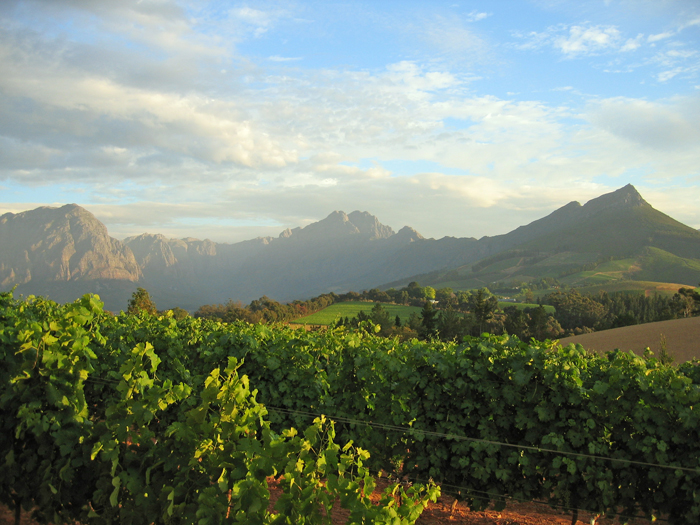 The biggest problem with touring South Africa’s Wine Routes is getting from one to another – and then getting home. It would be hardly sensible to drive after sampling the Winelands finest. But I had a plan. I’d choose the Franschhoek Winelands, one of the smaller, more rural wine-growing valleys, check into a hotel, and hire a horse. There’d be little risk of getting breathalysed and no temptation to buy more wine than I could easily carry. What could possibly go wrong?

Cape Town’s outlying regions fell away as I headed out on Highway 1 towards Paarl, and in little more than an hour I turned right to ascend the startlingly beautiful Franschhoek Valley. Neatly latticed vineyards spread across a flat expanse of fertile land to the feet of vast mountains that reared sheer on every side. The road throttled back to a narrow ribbon of tarmac, threading between restaurants, antique shops and small, private museums, keeping alive the settlement’s Huguenot heritage. Unlike the Dutch settlers who dominated the better-known wine areas of Paarl and Stellenbosch, Franschhoek was settled by emigrants fleeing religious persecution in France. I hadn’t known this, but a big monument told me. 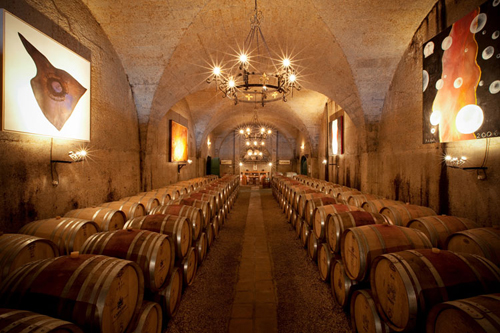 Enough of culture. I checked into my hotel and made my way to the stables. Here I was introduced to Roschina, a grey mare who would be my mount, and Ray-Anne who would be my guide. Briefly I considered swapping these roles but climbed aboard Roschina.

Our first stop was Rickety Bridge, where at the sounds of our hooves a young woman appeared bearing bottles. As I dropped from Roschina’s back I was presented with my first tasting glass: three fingers of Sauvignon blanc, a sturdy start to the day. A breathless commentary washed across the valley. “three years in oak and two in the barrel … Now this one is less oaked’ another glass. Sip, swallow. Rude to leave any. By the third glass I decided it would be sensible to spit, so instead of swallowing I sauntered across to a nearby hedge and sent out a jet of tasted wine. There was a shocked silence, broken at last by the girl from Rickety Bridge. ‘Are you ready to try some red wines now?’

The commentary continued, with different grapes and vintages poured and sampled. Finally it was time to get back on Roschina. One hell of a horse, I thought. A hell of a big horse at that. How had I got up there last time? 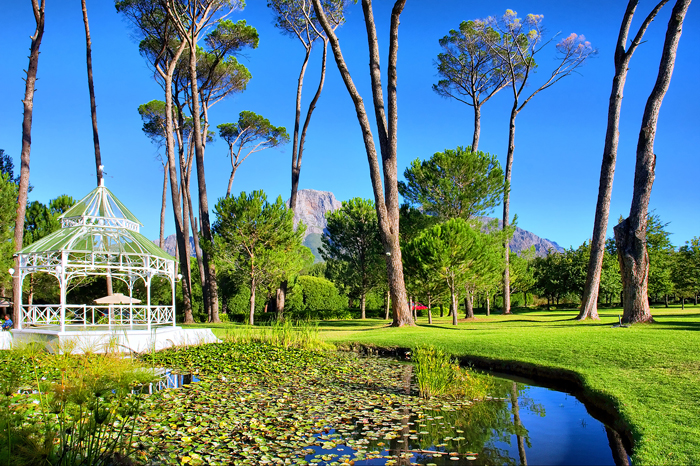 Fortunately, Rickety Bridge was geared up for horse riders. Ray-Anne led my mount around the corner to where a short, whitewashed set of steps raised me just high enough. I lurched into the saddle – luckily Roschina held still – and we set off for the next vineyard.

It was two miles to the next vineyard, Haute Provence, and the journey was taken at a trot. I stayed outside holding the horses as my stomach settled while Ray-Anne disappeared inside to rustle up some service. Within minutes another young South African girl appeared, bristling with bottles and glasses, and poured red wines alfresco. I cried off the white wines, but that allowed her to make determined inroads on a selection of reds. She poured a variety of grapes and ages. When it was time to move on I now knew the drill, took a run at the mounting steps, leapt onto Roschina and nearly slid off the other side.

This was no time for a canter. It was a calm walk back, slowly in the sun, through the spectacular countryside. Then Ray-Anne led Roschina to her stable and steered me to Mont Rochelle’s own tasting rooms. A tray of locally-produced cheeses cleared my palate and it was back to tasting yet another fine set of vintage wines. 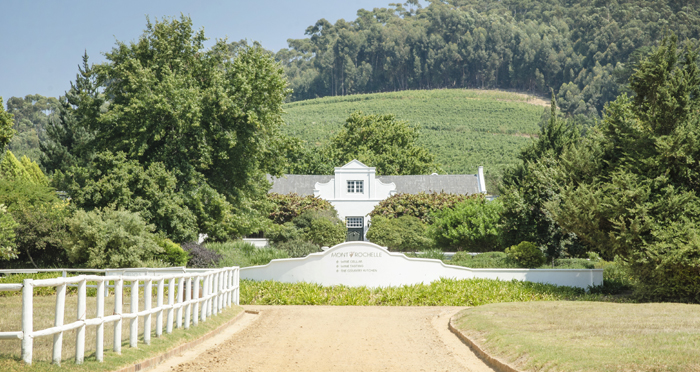 Night was falling, and lights were appearing across the valley, casting pools of light along the small-town high street, picking out the shapes of restaurants and shops. As wine tastings go it had been a surprisingly memorable experience.

Somak Holidays specialise in organising luxury holidays to  South Africa. Speak to our experts to arrange your trip to the Winelands!