The Olympic Games of the Mara

Is the grass really greener in Kenya? The wildebeest and Somak Luxury Travel certainly think so, and so do thousands of zebras and a variety of antelope that follow in their trail. If you have witnessed the Wildebeest Migration with your own eyes, then you would probably agree that this is one of the most stirring spectacles in the world. A bit like the Olympic Games really, with all the swimming, jumping, running and moments of jubilation and heartbreak.

Not for the faint-hearted

The route these animals take is not completely without any dangers and they have to overcome many obstacles along the way. They have to cross dangerous – crocodile-infested – rivers, but are also constantly being followed by lions, ready to pounce on the younger, older and injured animals.

Their need for greener pastures is primarily driven by the need to sustain their young. Barely 6 months old (nearly half a million wildebeest are born in the Serengeti each year), they will be accompanying their elders on the long trek north from the Serengeti in Tanzania, across the border to the Masai Mara in Kenya. Many of the older animals don’t make it because of hunger, thirst and just utter exhaustion. 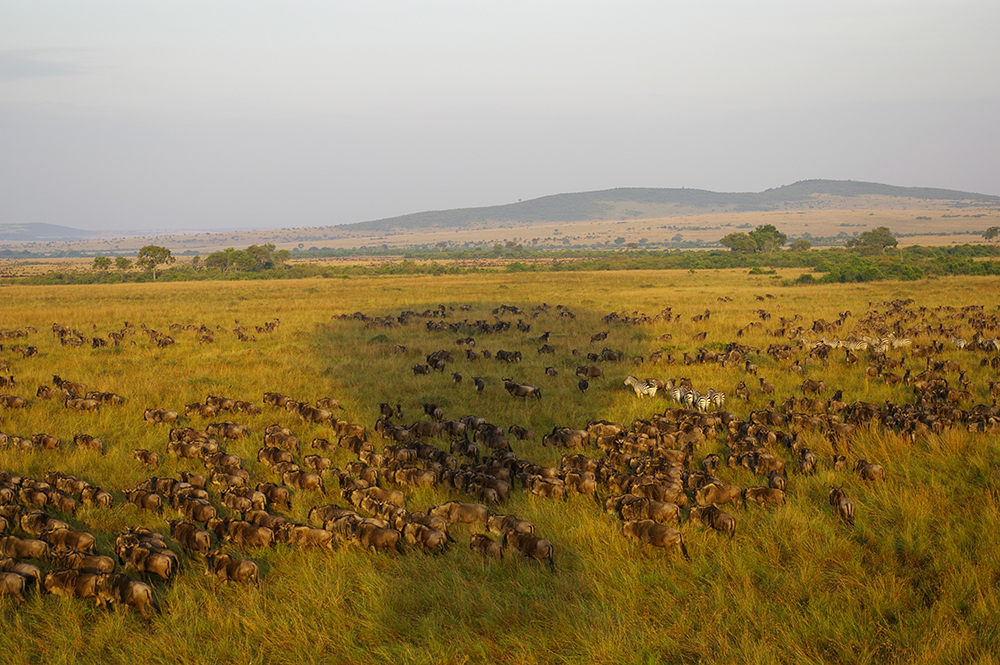 It’s nature’s survival of the fittest, fastest and strongest. And what may seem as a chaotic and tumultuous rampage, is actually quite the opposite. Research has shown that these enormous herds are driven by ‘swarm intelligence,’ a collective and coordinated behaviour to act together to get to the ultimate goal. In the wildebeests’ case, the green savannas of the Mara. There is also no obvious leader in the herd, but as you often see in animal behaviour when they are on the move, smaller herds, tend to move around the main, bigger herd. Zebras are able to sustain, because they eat a different part of the grass than the wildebeest.

Bushra Sultan is our MD in the Kenya office, and she still vividly remembers the first time she witnessed the Wildebeest Migration, which was back in 2016 at a crossing spot on the Mara River near Mara Serena Lodge. Describing what she saw, she said: “It’s indescribable, due to the shock and awe of seeing such a huge mass of animals, like a moving carpet on the grassland spotted with zebras, elands and gazelles. It’s a spectacular gathering on the river’s edges. There’s a sense of wonder and admiration knowing that there’s hesitation, but despite this, they’ll eventually take the plunge and face the consequences of broken bones, and of course the predators in and out of the water. You feel like saluting their immense courage.”

She continued: “In search of rain and grass within the ecosystem of The Serengeti and The Masai Mara, the wildebeest move in a cycle to ensure that they don’t miss out on the water and food. Starting off in south Serengeti in Tanzania, between January and early March, they calve and stay on until April to move again after exhausting the food. They are in the west and north during April/May (the rainy season) and move to the Masai Mara in June/July, where they stay until October. They then start the long trek back to Serengeti in November/December. This trek can sometimes be thrown out of balance, subject to delayed rains, which would mean arriving in the Mara later.”

According to Bushra, one of the best spots would be the crossing adjacent to our luxury Ashnil Mara Camp, as the guests can even view the Great Wildebeest Migration from the camp deck. She added: “Kenya has a wealth of other attractions and unique game parks that the guests can visit all year round. Apart from game viewing, we’ve a rich culture, friendly people and delicious cuisine.”

Other migrations in the Somak animal world

India –The agreeable climate of Keoladeo National Park in Rajasthan, India is one of the best places in the world to see migratory birds. The best way to spot birds is to take a rickshaw ride into the park. Our Culinary Delights of the Golden Triangle, spends some time in this wonderful bird watcher’s paradise.

Zanzibar – It’s more like a mini-migration, when you see recently hatched little turtles run for their lives into the safer environment of the ocean in order to avoid predators. Of all the turtles (Green Turtle, Olive Ridley, Loggerhead, Hawksbill, and Leatherback) that can be seen in the warm water around Zanzibar, only the female Green Turtle will come on land to lay her eggs. You can stay at the Melia Zanzibar on the northeast coast and take an excursion to tiny Mnemba Island to see Green Turtles lay their eggs (February to July). To see the hatchlings, you’ll have to return 55-75 days later. 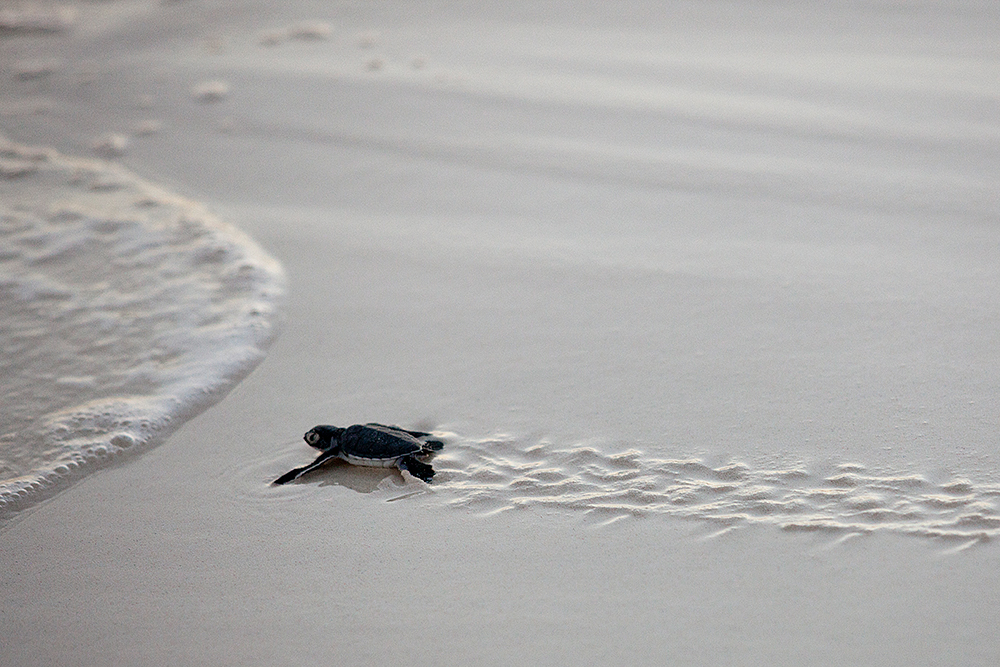 We have a special offer – book now and depart next year.
Departing Heathrow 11 July 2022: 1 night Nairobi followed by a 5-night thrilling safari in the world-famous Masai Mara, staying in luxury at the Ashnil Mara Camp, strategically located for where all the action can be witnessed, from £2885 per person, based on two sharing.

Whilst in the Masai Mara, why not indulge in the most iconic safari experience – The Masai Mara Balloon Safari, from only £325 per person. Experience the vastness of the park in a hot air balloon, watching the wildlife below, and enjoy a bush bubbly breakfast on land.

Price includes AMREF Flying Doctors and for each person booked Somak will donate £20 to the Mara Rianda Charitable Trust.