Getting To Know The Mursi Tribe in Ethiopia - Somak Luxury Travel

Getting To Know The Mursi Tribe in Ethiopia 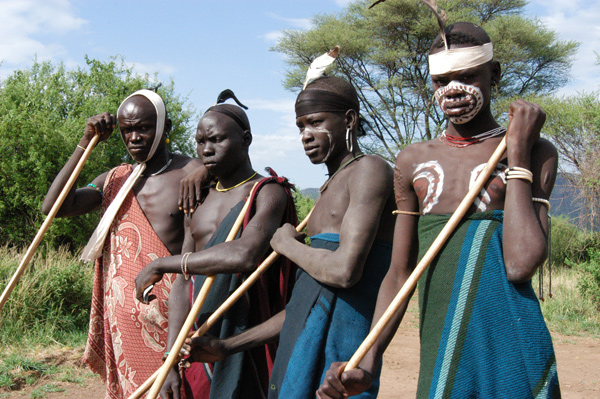 The Mursi Tribe are found in the far southwest corner of Ethiopia, just north of the Kenyan border in the valley of the River Omo. Here in the remote Omo Valley palaeontologists have discovered some of the oldest human remains on earth and the tribes who live there today still follow many ancient practises. The Mursi Tribe, of which there are less than 10,000, are well known for the large plates the women wear in their lower lip.
The custom of wearing a lip plate is linked to the female’s fertility and eligibility for marriage. When a Mursi girl reaches puberty (around age 15 to 16) she will have her lip cut by a female member of the tribe and a small wooden stick is inserted. The lip is then slowly stretched over a period of time, first by inserting larger sticks each night and eventually by wearing plates of various size and decoration. It is said that a woman who does not wear a lip plate is considered lazy and will not warrant as large a bride wealth (a dowry which usually consists of a certain number of cattle). With some lip plates reaching up to 12 centimetres in diameter, it is certainly a mark of perseverance and bravery on the behalf of the woman who wears it. 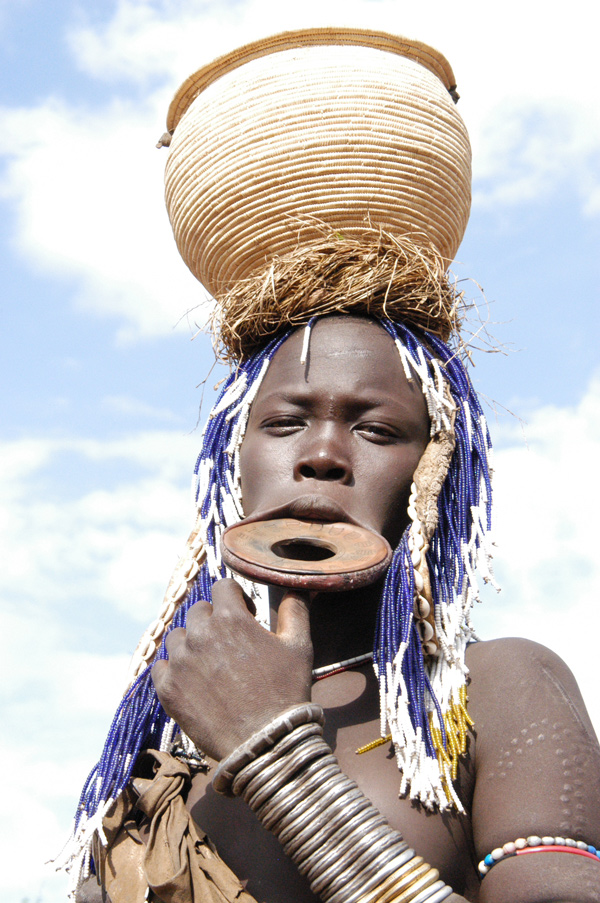 The lip plates, which may be made from wood or clay, are generally worn by single or newly married women at four main occasions: when serving food to men, at special events (like weddings), at donga duelling competitions and at dances. After a number of years of marriage the woman may slowly stop wearing her lip plate, removing it altogether if her husband passes away.

Young Mursi men prove themselves to their future wives by taking part in a donga, a form of ceremonial duelling. Contenders wear a duelling kit known as umoga, which provides protection as well as decoration, and usually involves shin guards made from animal skin, a leopard skin draped over the torso, head gear made from cotton and a cattle bell tied around the waist. Using wooden poles approximately 2 metres in length, the two men dual until one retires or is knocked out of the fight. 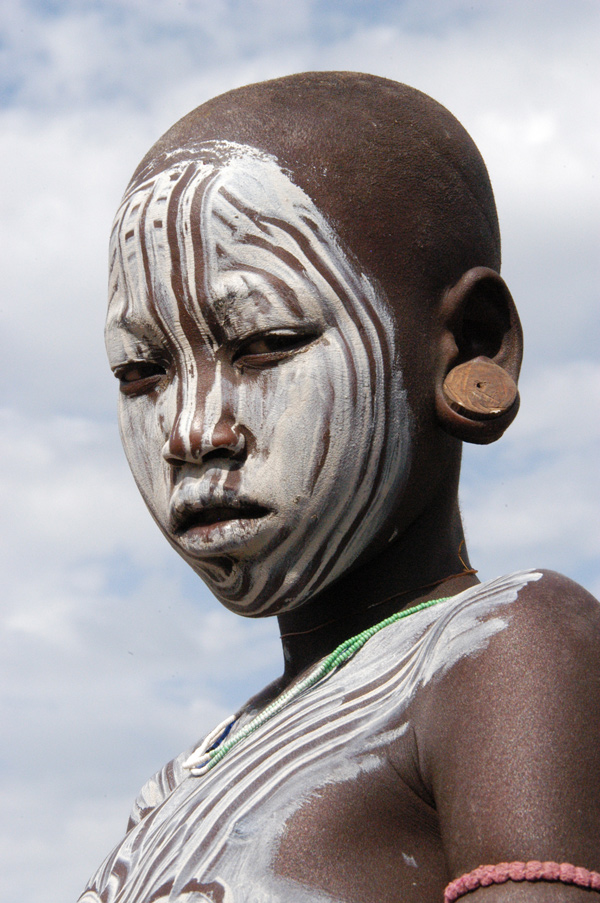 The Mursi also have a tradition of painting their bodies using clay and minerals from the earth. The body paint is not only decorative but symbolic; thought to ward off evil spirits, intimidate enemies and attract the opposite sex. It’s also highly practical – the clay acts as a protector from the Ethiopian sun and the white limestone acts as an insect repellent. Without access to mirrors, male tribe members often paint each other, judging the artwork on their face by the reactions of others.

The protective benefits of the clay paint are particularly useful for the Mursi men whose responsibility it is to look after the herd. Cattle are a vital element of the Mursi diet and trade (hence being the subject of the bridal wealth) and a tribesman’s wealth is measured by the size of his herd. Apart from being used for their meat and milk, cattle can also be exchanged for grain during periods of crop failure – the Omo region of Ethiopia is susceptible to low rainfall and often suffers from drought. 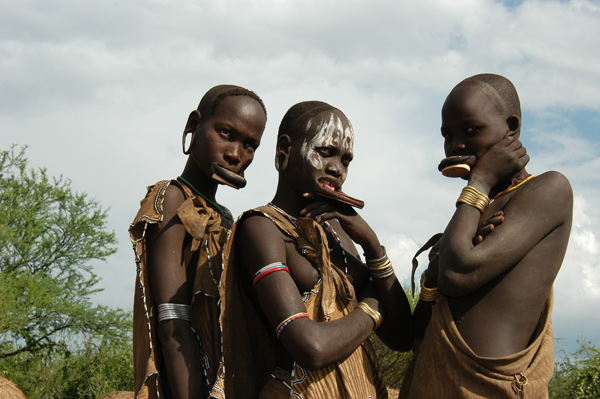 The Mursi tribe’s main crop is sorghum, a drought and heat tolerant grain, which the women serve as a thick porridge, but they also grow maize, beans and chickpeas. The main responsibility of the Mursi women is to fetch firewood and water so that they may cook the food provided by the men.

Whether the Mursi women will continue to wear lip plates remains to be seen. Some younger Mursi women believe that not having their lip cut makes them more modern – they are aware that the practise is seen as backwards by their own government and by the tourists who come to photograph the girls wearing them. For others, however, the lip plates are a part of their heritage, a way to differentiate their tribe from others in the surrounding area, and (more recently) the visitors it attracts has become a vital form of income for the often drought-stricken tribe.

Meet the Mursi Tribe during an Ethiopian holiday. Call 020 8423 3000 to speak to the experts and to book your Ethiopian Holiday.