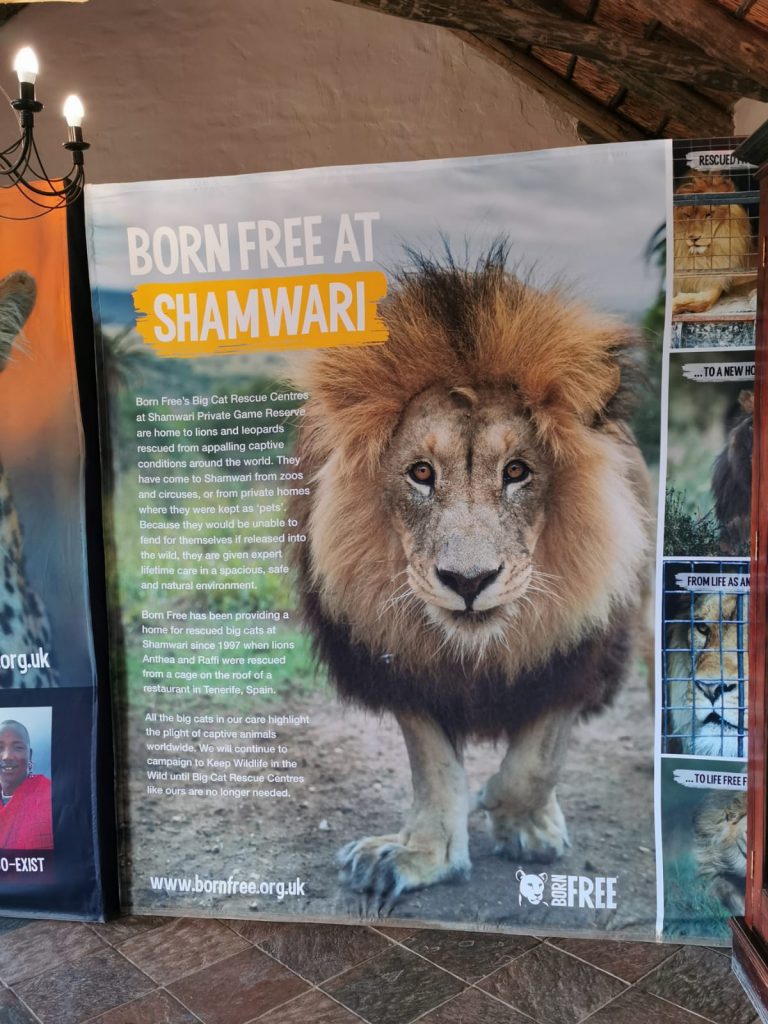 The award-winning private Shamwari Game Reserve is also malaria-free, making it ideal for a family safari, and is situated at the end of the Garden Route, and we highly recommend incorporating it into your visit to South Africa.
Game drives here are in open Land Rovers which add to the thrill of the experience and you can also opt to go for guided nature walks and bird watching excursions. As it is a private game reserve, safari vehicles in Shamwari are kept to a minimum, making it is a much more exclusive experience.

The first sanctuary opened in Shamwari in 1996 in the south of the reserve enabled Born Free to re-home two lions and a leopard rescued from their tiny cages on top of a Tenerife restaurant, where they could only take one and a half paces in each direction. The following year, thanks to the generosity of the family and friends of young naturalist, Julie Ward, who was tragically killed in Kenya, an education facility was built in her memory at the sanctuary. 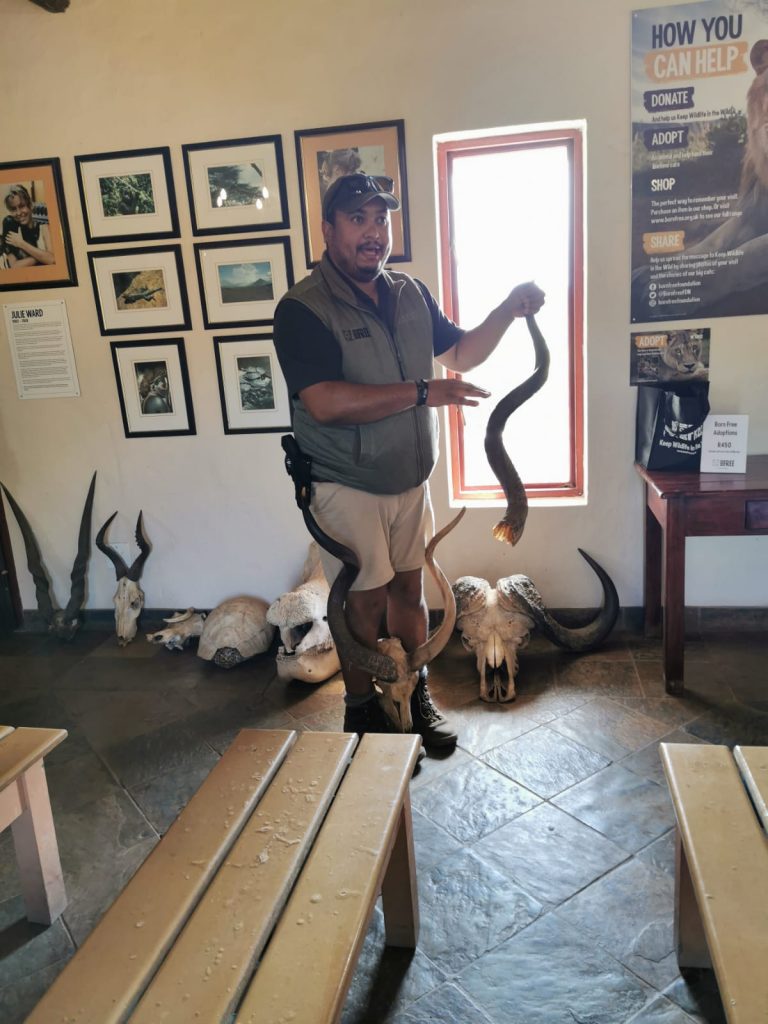 Last year saw its biggest lion relocation to date after the rescue of not one, but four lion cubs from captivity in France to a life in a sanctuary here!

Education is important at the sanctuary and here local children can come and learn about their own wildlife as well as about the suffering that wildlife can endure in captivity. 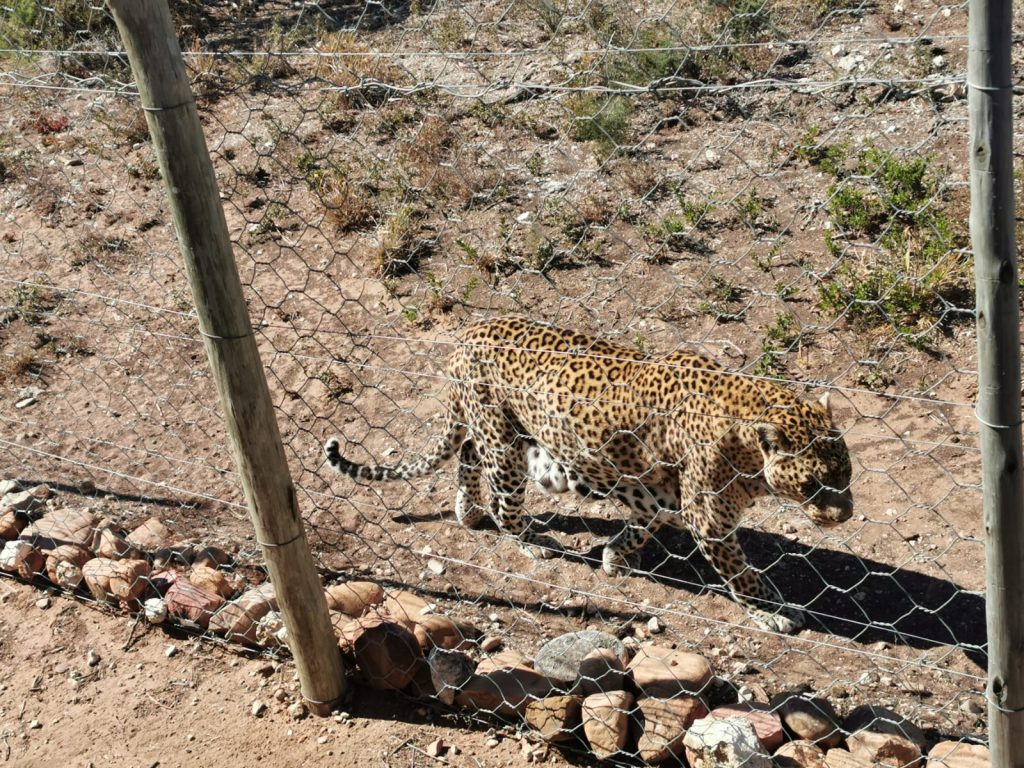 A rescued Leopard at The Shamwari Big Cat Sanctuary

Sadly the animals at the sanctuary are not fit to be returned to the wild after being brought up in captivity and kept in traumatic conditions and so here at Shamwari at least they can live in better conditions for the remainder of their lives and can get to experience the sights, sounds and smells of South Africa, something they had not had a chance to experience before getting here. The facilities are built in a way to accommodate their needs, for example, there are bush enclosures at Shamwari that give the lions and leopards the space and privacy they require. 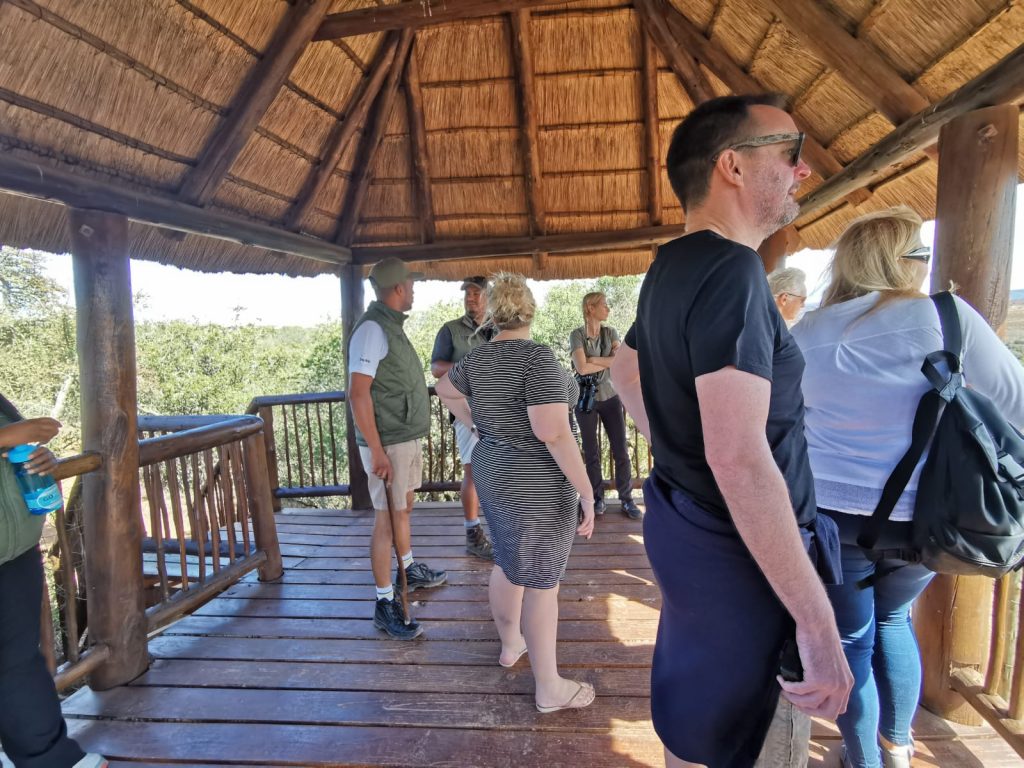 One of the viewing platforms at The Shamwari Big Cat Sanctuary

Visitors are permitted to visit the Shamwari Big Cat Sanctuary to see the animals but are confined to a viewing platform at each enclosure to minimise the impact on the animals here. 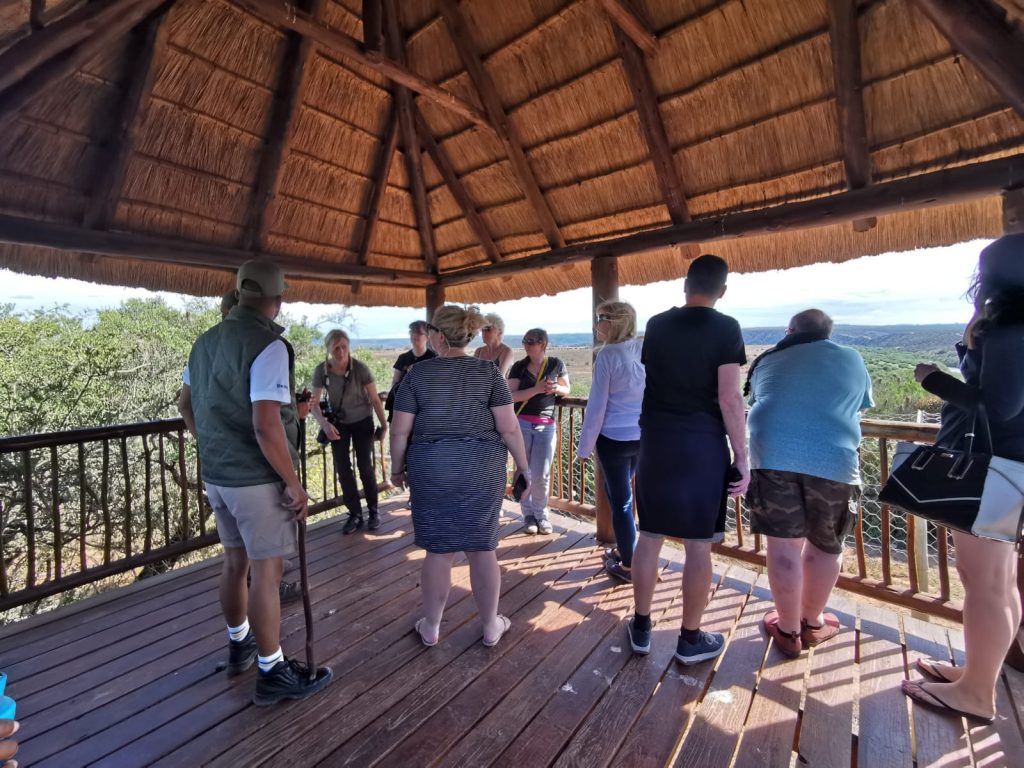 A viewing platforms at The Shamwari Big Cat Sanctuary

Our team loved their visit here and found it both informative, educational and inspiring to see all the great work done to care for these rescued animals.

If you’d like to  have the opportunity to come face-to-face with a group of rescued Big Cats who have been relocated to Shamwari Game Reserve at the Born Free Big Cat Sanctuaries, talk to us and we will help create the perfect itinerary.

Find out more about the Eastern Cape of South Africa here: https://www.somak.com/south_africa/eastern-cape